Chornohora ridge is a classic of mountain tourism in Ukraine and an excellent place to start exploring the Carpathians. This area has everything: forests, mountain valleys, lakes, rocks, waterfall.

The Chornohora landscape consists of dense fir and beech forests, and wide flowered alpine and subalpine valleys above 1500. There are traces of glacial activity – sharp ledges and moraine, steep slopes, deep circuses and caries, in which the lakes are formed.

We will pass all six mountains which are higher 2000 m in the Ukrainian Carpathians: Petros (2020 m), Hoverla (2061 m), Rebra (2001 m), Gutin Tomnatyk (2016 m), Brebenskul (2035 m), Popivan (Pip Ivan) Chornohirsky (2022 m).  This high trail will definitely be accompanied by epic panoramic views. We will see the high Brebeneskul lake and spend the night near the  Nesamovyte lake, the very name of which is intriguing: its name literally means «mad».

Camping sights are planned on the high open fields and near the lake Nesamovyte. We can see the sunrise and try the freshest cheese made by local highlands shepherds.

Generally, a hike in Ukrainian Carpathians doesn’t require special physical training. However, this hike is best suited for those who have experience of hiking or walking for a long distance and spending the night in a tent.

This is the most popular route, so there will be other people on the path. Most certainly, we’ll share the camping site with some other hikers. On Hoverla peak there are especially lots of people. 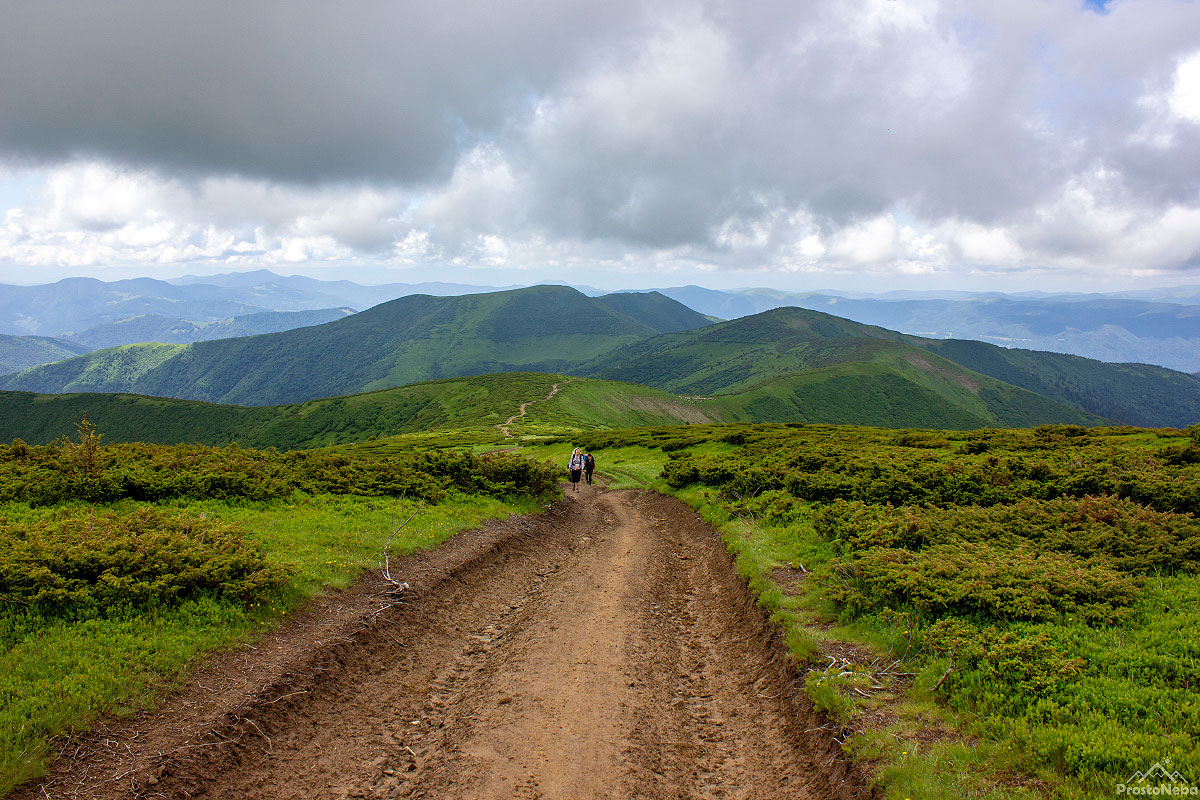 We’ll camp near Nesamovyte Lake (1,750 m), which deserves more than a few minutes stop. This is one of the highest mountain lakes of glacial origin in the Ukrainian Carpathians. They say that it is here that the weather on the Chornohora is formed.

However, we are only guests here so we will behave accordingly: do not leave any garbage (including wet napkins or paper); do not swim in the lake; not to destroy vegetation and not to interfere with local inhabitants such as the Tritons and the Red Book Frog Spit.

This evening there will be some changes in the usual evening schedule: we will cook dinner on gas burners. There are no trees at such altitude, and the alpine pine is an important component of the lake ecosystem and is under protection.

From the campsite of this day, you can climb to the top of Turkul Mount and see the sunrise or sunset. But this is not easy: you should do the climb itself and wake up early in the morning. 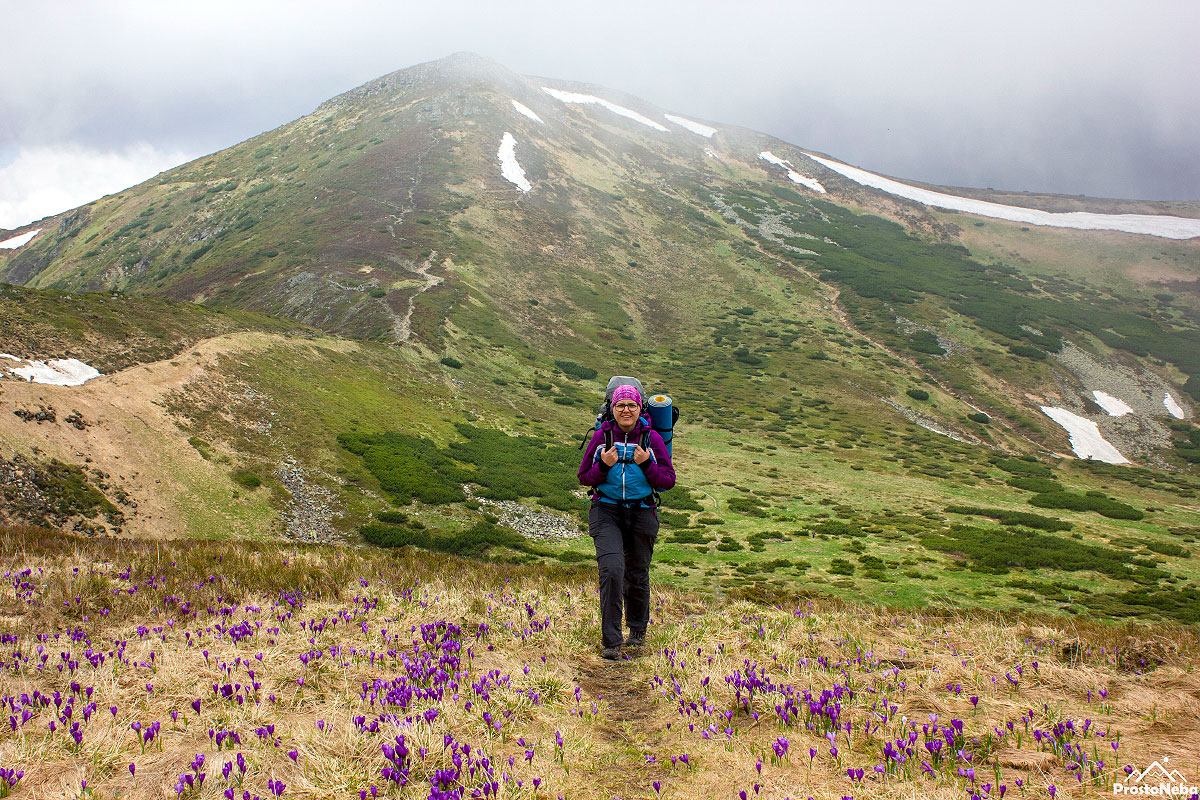 In the morning, we will see another lake, but not so close – from the height of the ridge. Under the Brebenskul Mount (2,035 m) at the bottom of the glacial valley there is the most high-mountain lake of the Ukrainian Carpathians – Brebenskul Lake (1,801 m).

Then we go to one of the most interesting and recognizable places of Chornohora – Shpytsi Mount (1,863 m) (literally means «knitting needles»). The name corresponds to the form: on its slopes, there are rocks up to 50 m high which resemble needles. 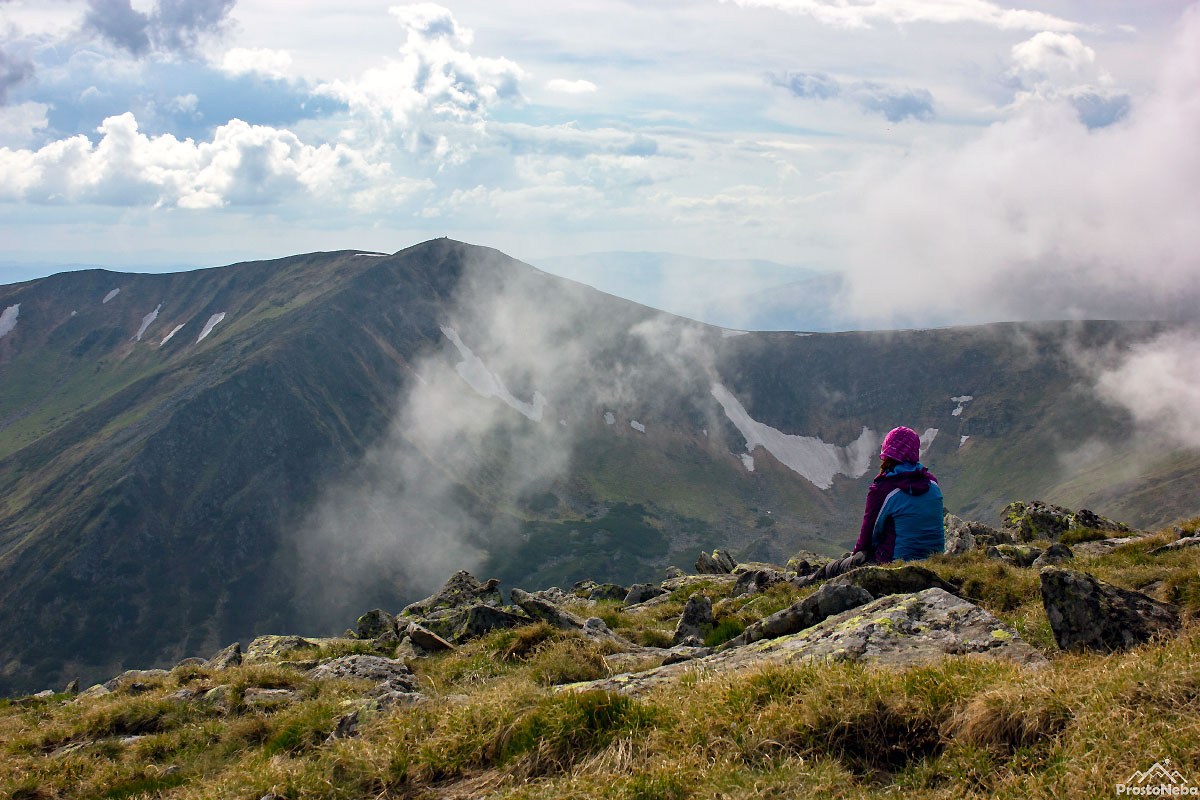 In the second half of the day, we climb the famous Popivan Mount (Pip Ivan) (2022 m). Until 1939, the astronomical and meteorological observatory worked here, which is the highest located building in Ukraine. Today, it does not perform its primary functions, although the restoration of the construction is ongoing. Now a rescue group is based here, but we can rest in the room and hide from the weather or wind. The Observatory is also called the «White Elephant» – presumably because of its similarity under a layer of snow to this animal.

At the top we spend an hour: listening about the observatory, the surrounding mountains and enjoying the views with a cup of hot tea.

Then we go down for 400 meters and stay for a night in a picturesque place. We also cook dinner on a gas burner.

In the first half of the day, we reach Mount Vuhaty Kamin (1,864 m) (the name literally means «Ears Stone»). On its top, there are rocks of a specific shape and the pedestal for the coolest photos.

In the second half of the day, we continue to lose height, going down to one of the Dzembronsky waterfalls, with a general altitude of about 100 m, which is the highest in Ukraine. In warm weather, we can freshen up in the streams of water flow.

After the waterfall, it’s an hour to the last camping site – a lawn near the Smotrych open field. From here you can see the sunrise in the morning, and at a good location – not even leaving the tent.

In a few minutes from our camp spot, there are shepherds. This location is a great opportunity to cook something special for dinner – traditional dish Carpathian Banosh with brynza and bacon. 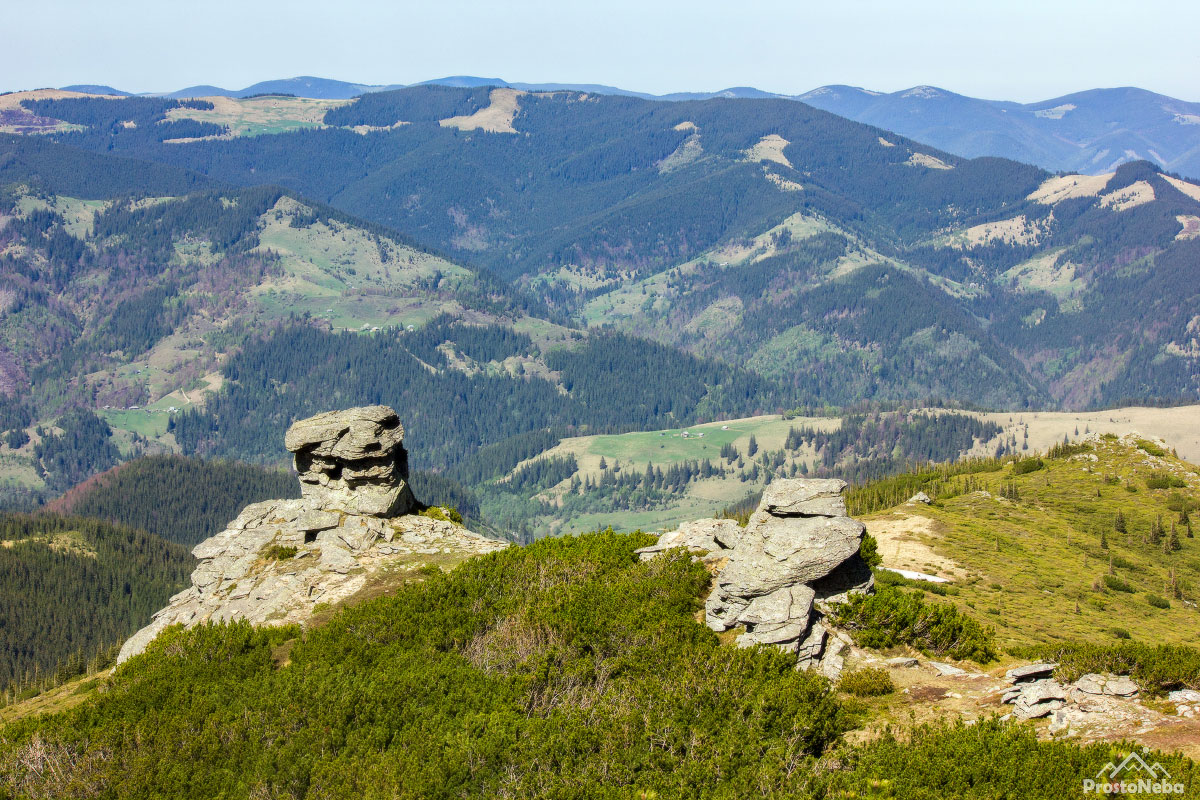 4 km walking to the village of Dzembronya – driving back to Ivano-Frankivsk along the Black Cheremosh River.

On the last day, 4 km remains to the village. We walk slowly enjoying the fresh mountain air and Carpathian thick forest. We pass the house of the shepherds, where you can buy local cheese, mushrooms, tea. The finish point is the village of Upper Dzembronya.

End of the trail is in the village of Dzembronya. We return to the railway station in Ivano-Frankivsk near 6 p.m.