The Marmara Mountains, Marmarosy (Ukrainian Мармароси) is one of the most picturesque massifs of the Ukrainian Carpathians: high, with a unique geological structure, deep valleys and rich flora. They are the true elders of the Carpathians, which stretch across the territory of Ukraine and Romania (the Romanian name Munții Maramureșului). The highest peak, Farkeu (1961 m), is located in Romania, but all its greatness will be perfectly visible on the second day of this trek when we reach the main ridge, along which the Ukrainian-Romanian border stretches. The highest mountain of the Ukrainian side of the Marmaros Range – Pip Ivan Marmarosky (Ukrainian Піп Іван Мармароський), is not far behind the Romanian neighbour and reaches 1,936 meters.

One part of Maramures is called the Hutsul Alps (hutsuls are an ethnocultural group of Ukrainian highlanders), due to the specifics of the landscape. The local relief consists of steep rocky slopes, sharp peaks and deep, narrow valleys of rivers. Near the highest mountains, there are the effects of glacial activity – glacial circuses and moraine. The marble output of rocks is a peculiarity of these mountains. Their name comes from «marmoreal, marble». In the region, there is a marble quarry, which is the only field of natural marble of light tones in Ukraine.

The Marmaros ridge is covered with spruce forests below 1500 m, and there are subalpine valleys with a variety of flowers above. It is here that the alpine meadows (of Mount Pip Ivan and Neneska) are best preserved in their original form in the Ukrainian Carpathians. Usually, in the alpine highlands, there is snow in the hollows even in the summer.

Marmarosy is perhaps the most flowered ridge in the Carpathians. There are crocuses, primroses, daffodils, vulgaris, rhododendron, rhodioles, tearlings, Carpathian bells, anemones and even legendary edelweiss. This is why the north-western part of the ridge is protected within the Marmaros reserve area which is part of the Carpathian Biosphere Reserve.

On the third day of the hike, we will see the highest single-stage waterfall in Ukraine – Yalynsky (26 m).

Maramaros lies on the border of two states. The border is marked by small ferroconcrete columns of interwar time and new high pillars. Thus, you need a temporary pass for visiting this area. The guide sends the application with the data of the participants of the group to the Mukachevo border detachment two weeks before the trek. Every participant must have an identity document when hiking there. The territory is patrolled by border guards.

We meet in Ivano-Frankivsk and leave for the mountain village of Dilove of the Rakhiv district in Transcarpathia. There is a geographical center of Europe (controversial one), which is marked by the stele and the geodesic sign of Austro-Hungarian times.

It’s only 50 km to the Romanian border from Dilove. Thus, there is a border guard post. Pre-registration is mandatory for anyone hiking in the Marmaros Range. Such registration is done by us in advance. You should have an identity document with them.

On the first day, we pass a part of a mountain road along the White (Ukr. Білий, Bilyi) River and through dense rows of fires.

The day ends on a small, but cozy meadow near Lysychia (Ukr. під Лисичою), from which the western slope of Mount Pip Ivan Marmarosky is magnificently observed. 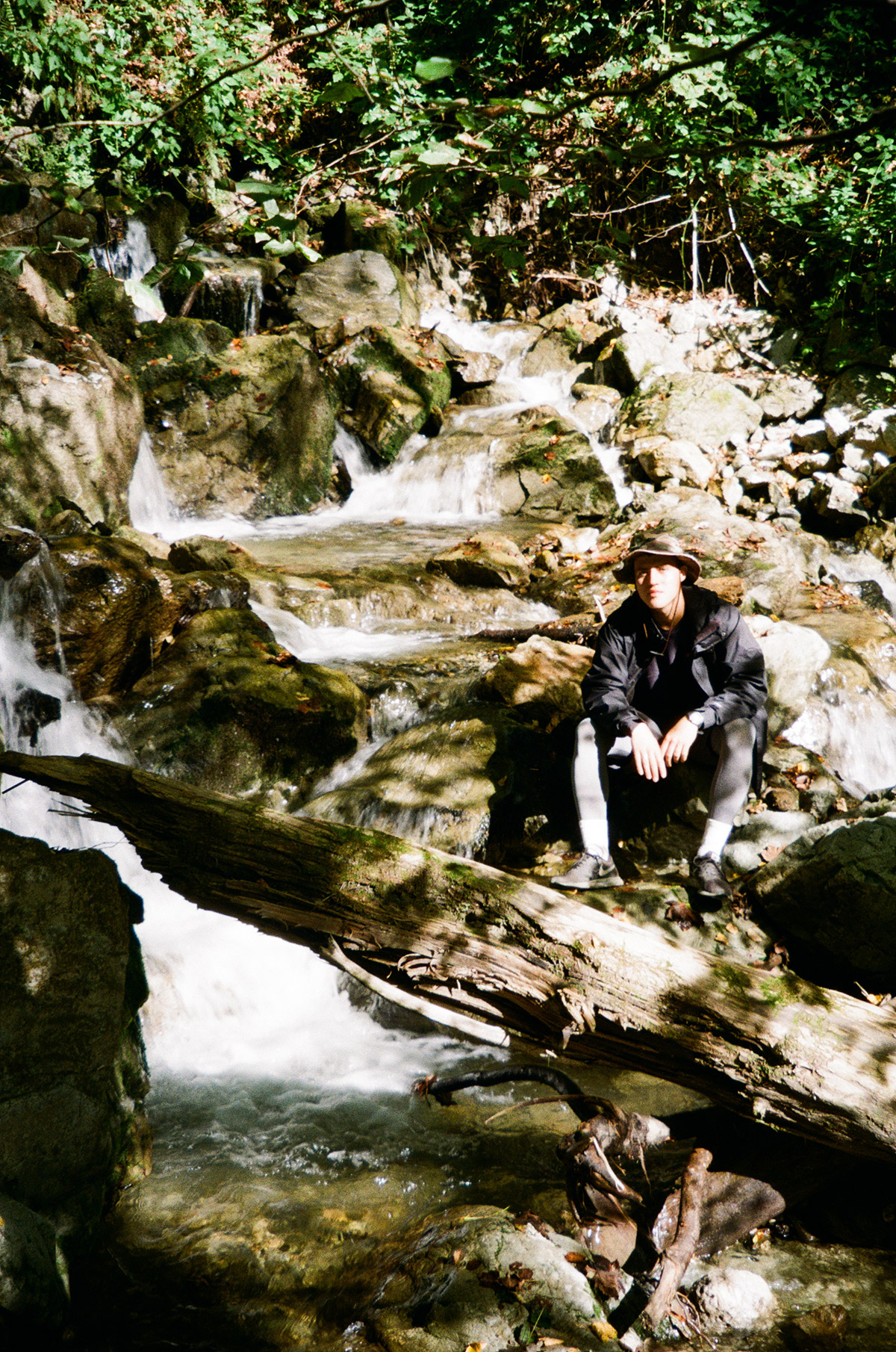 Today we climb Pip Ivan Marmarosky Mount (1,936 m) – the highest peak of the Ukrainian part of the Marmaros Range and our hike. During the ascent, we pass dangerous areas – gullies and circuses formed by the glacier thousands of years ago.

Before the very top, the trail leads directly to the Ukrainian-Romanian border. After a few minutes walk along the border we reach the top of Mount Pip Ivan Marmarosky with its rocky slopes and sharp ledges. Our top is a pyramidal shape of the gneiss structure.

We spend some time on the top, looking at almost two thousand meters all the Marble Mountains, the high Chonohora ridge and the mountains of the neighbouring state.

Depending on the season, in these places, you can see many unique plants. In the spring it is full of crocuses, and in the summer you can find rhododendron Carpathian, daffodils or rare red-book edelweiss. Photographers often choose this route because of these flowers.

From the summit, we go back to our camp on Lysychia open field. If we are lucky with clear weather, we will spend the day watching the sunset in the mountains. 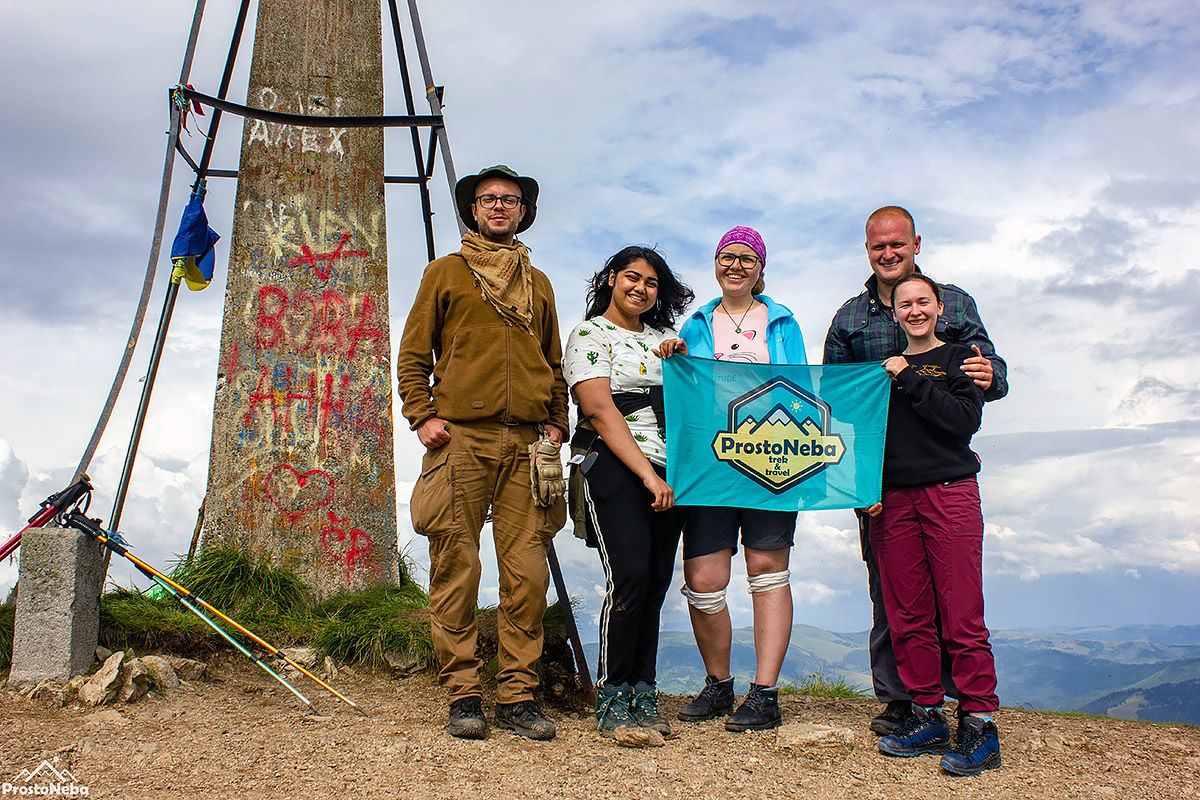 Today we have a smooth descent by the forest road. Approximately after an hour we leave the main road and start to hike by the small path, which after two hours will lead us to the top of the waterfall Yalinsky (Hungarian name – Kovgat). Not so long ago, it was recognized as the highest single-cascade waterfall in Ukraine, with a height of 26 m.

Then we go down along the stream and after 1,5 km we go out to the road that we took on the first day. After a few more kilometres, we stop for a night on an open field.

On the last day we can sleep longer, because we have to walk only 3 km.

Our hike will end where it began – in the village of Dilove, from where we return to Ivano-Frankivsk.

We meet at the railway station in Ivano-Frankivsk city in the morning. Then we go by private bus to Dilove village, which is the starting point of a hike. The distance between Ivano-Frankivsk and the mountain village is 140 km and 3 hours of road.