Svydovets ridge is tall, wide and mostly treeless. It means that there will be a lot of sky, space, landscapes and a wide viewing angle. The ridge stretches with a wavy line of mountains with dome-shaped tops in yellow-green colours. From here, it is good to observe the neighbouring mountain ranges – the high Chornohora and rocky Gorgany range.

During the hike, we’ll see several high mountain lakes of Transcarpathia, which names are a mixture of Romanian, Hungarian and Hutsul dialects: Ivor, Vorozheska, Herasashka, Apshynets.

We spend the first night at the Brailka open field at an altitude of 1,300 meters. The next two camping sites are near the lakes. On the fourth day, we stop near the beginning of the Black Tysa River. And finally, from the place of the last camp, we will be able to see the beautiful sunrise in the mountains.

Svydovets is loved by jeep drivers due to small height differences and poor environmental legislation in Ukraine. Therefore, there is a high probability of seeing a car in the mountains. 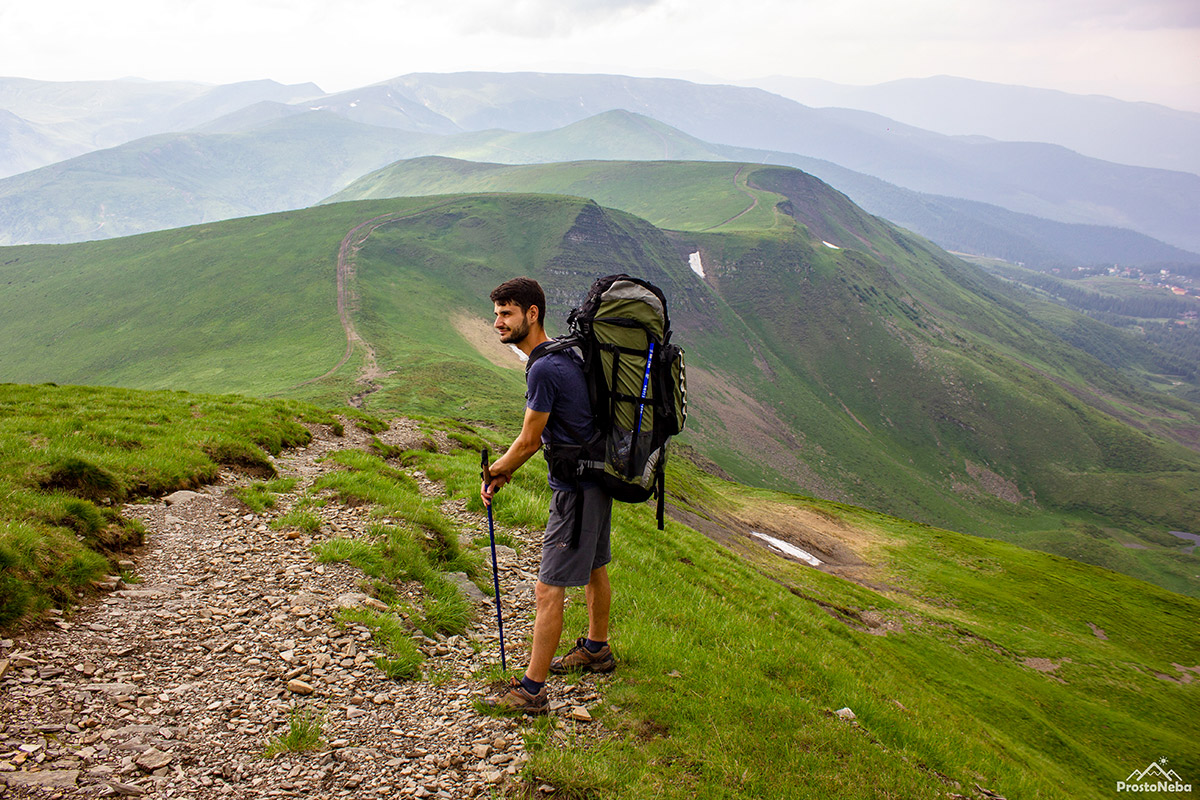 The third day is our most «lake» day!

This day, the equator of our trek, is easier than the others: in general, the distance is only 7 km. Our plans are just admiring the lakes and the alpine relief with its moraines, valleys, rocky walls and sharp ledges.

We go up again to the main Svydovetsky ridge and head to the largest lake of the mountain range – Herashaska (or Dohyaska), where we have a lunch break. The lake occupies 1,2 hectares and is a hydrological monument of nature of local importance, located at an altitude of 1,577 m at the northeastern slope of the Dohyaska Mount. It is filled mostly with water from melting snow and gives beginning to the Kosivska River.

After Herashaska we pass another 4 km, which separates us from the lake Apshynets (or Troyaska) (1,487 m). Its depth is more than 3 m, the water is blue and clear, it reflects superbly the surrounding peaks and clouds. The nearby forest massif contains rare species of plants and plays an important water-regulating role, therefore it is protected within the limits of the hydrological reserve of national significance (Apshynetsky reserve).

At this camping site, we do not use wood again; we cook food on a gas burner. 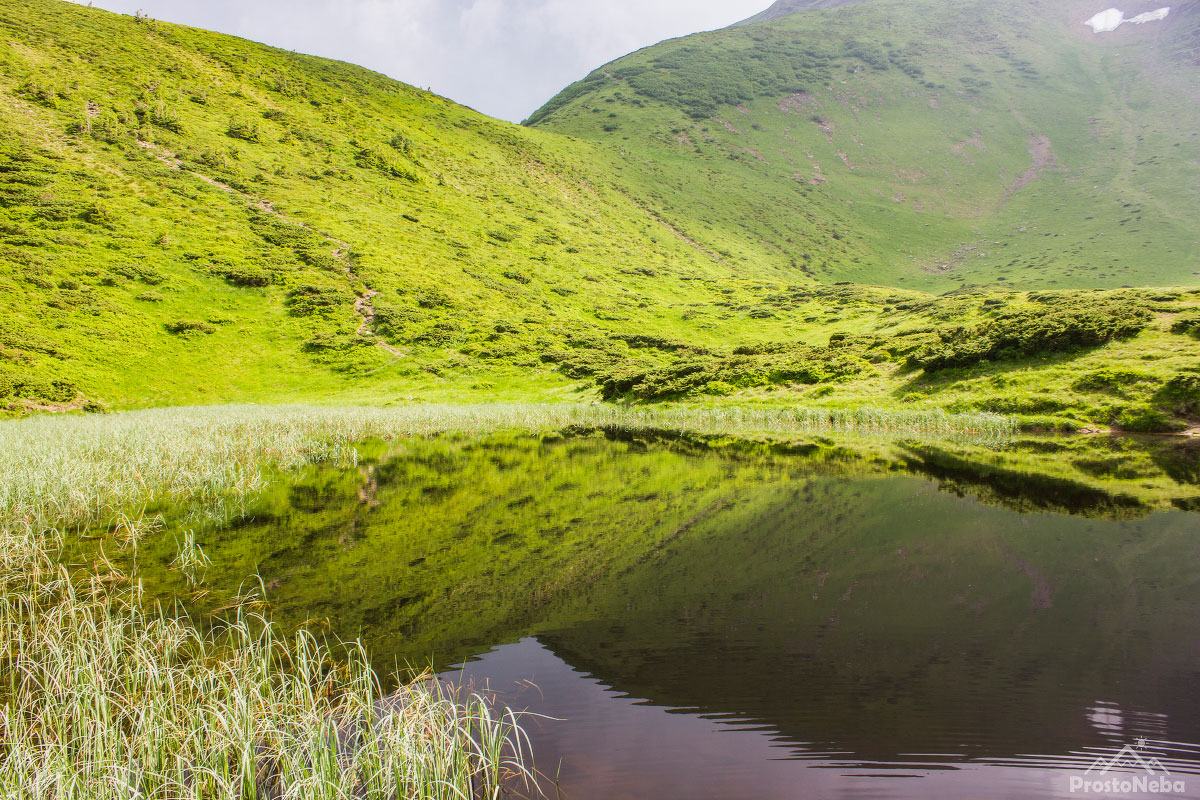 We should wake up early, so as not to miss the morning fog over the lake.

In the first half of the day, we head to the northern branch of the main ridge, passing the Troyaska (1,702 m) and Tataruka (1,707 m) Mounts, from which the stone massif of Gorgane is clearly visible, as well as the path already done by us.

From the summits, we go down to the Ripta Apshynetska field, where you can get acquainted with the way of life and buy fresh dairy products from the shepherds.

Then the path leads us to the forest, where the Svydovets Range ends. After a break for lunch, we pass the Okole pass (1,193 m), where there was a road, built by the Austrians and the Germans, which connected the villages Chorna Tysa and Ust Chorna.

After 1 kilometre we arrive at the place where the Black Tysa River begins, which together with the White Tysa forms a full-flowing river Tysa, that is the largest left tributary of the Danube. At the begins of the river, there is a memorial sign, with the symbols of all the countries through which it flows – Ukraine, Hungary, Romania, Slovakia and Serbia.

At the forest glade, we will stay for the night, still having the opportunity to see Svydovets.

This day will be especially remembered: firstly, because of a rather difficult climb to Bratkivska peak with an altitude gain of 500 m in 2 km; and secondly, it is the longest day. However, on the 5th day of the trek, when everyone has been adapted, a few food stocks left, and all the extra clothes have been burnt in the fire while trying to dry, this distance will not seem so difficult! 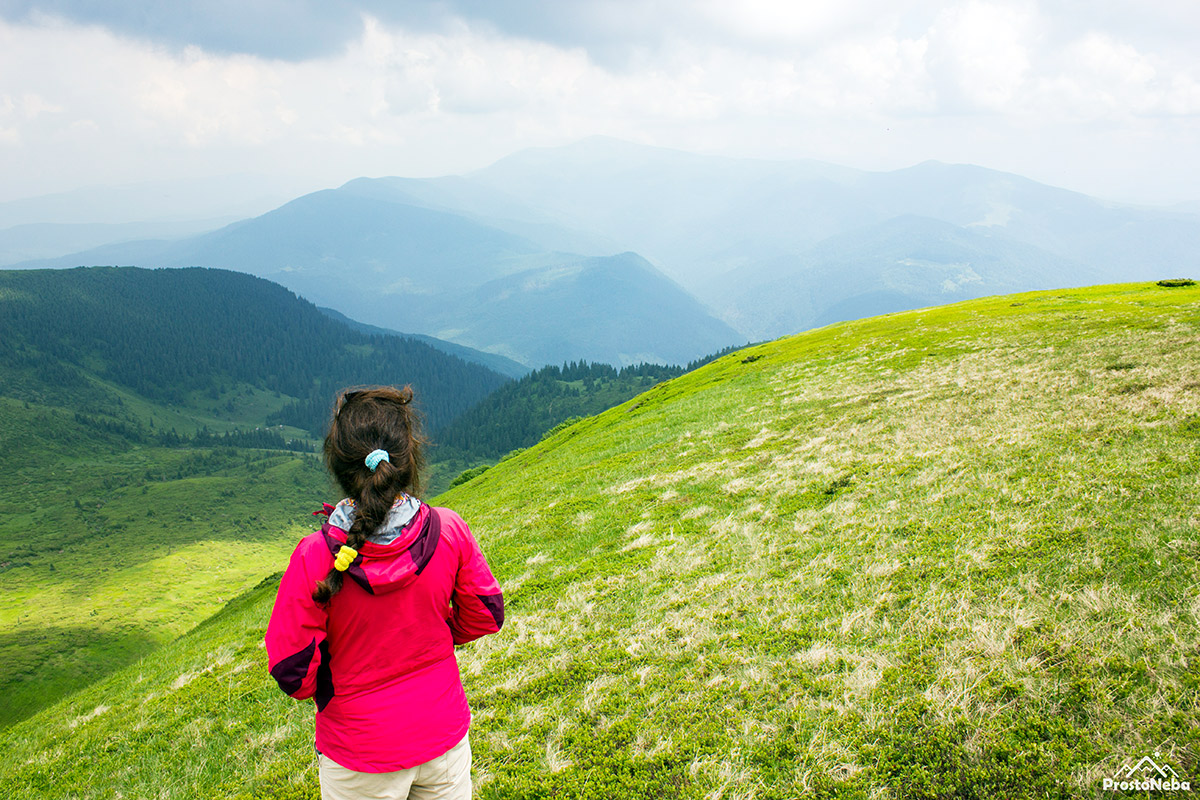